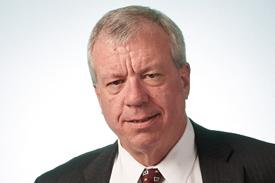 DRI member Gary M. Burt a shareholder with Primmer Piper, Eggleston & Cramer, PC, in Manchester, New Hampshire, recently convinced the Massachusetts’ Business Court that James Hardie Building Products, a manufacturer of high-end siding products, was entitled to summary judgment on a third-party claim filed by general contractor, Nauset Construction.  The initial suit, brought in Suffolk County Superior Court by the Board of Trustees of the Residences at Atlantis Marina Condominium Trust, asserted numerous claims of building deficiencies at the multi-unit, multi-million dollar condominium project.  Among the claims were construction defects leading to water infiltration, as well as delamination of the siding, among other problems.  The Board of Trustees opted not to sue James Hardie, but the general contractor brought a third-party action, claiming James Hardie’s siding was defective, and that warranties were breached.  James Hardie denied the claims, and maintained that the subcontractor had failed to follow installation instructions.

After extended discovery, the matter was transferred to the Massachusetts Business Litigation section, and Judge Kaplan scheduled serial hearings on various motions for summary judgment.  As to James Hardie’s motion, he agreed that the three-year statute of limitations for warranty claims barred the general contractor’s claim, as it was brought three years and one month after the initial suit.  He further agreed that because any claim that the Board of Trustees could have brought against James Hardie was now barred by the Massachusetts six-year statute of limitations, James Hardie could not be considered a joint tortfeasor, thus barring the remaining claim contribution.  The matter is expected to proceed to trial in April.