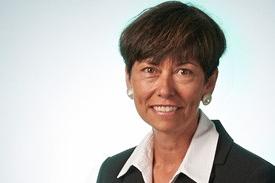 Earlier in April, our own Doreen Connor attended the American Academy of Appellate Lawyers Spring Meeting in Boston, Massachusetts.  She joined approximately 70 Fellows from across the country.  She had the pleasure of moderating a panel of State Court Justices representing New Hampshire, Vermont, Massachusetts and Rhode Island.  The Panel discussed the impact of not having an intermediate appellate court, as well as their views on the role of legal scholarship and amicus briefs.

Additional panels including perspectives on mooting chaired by Dori Bernstein, Director of the Supreme Court Institute at George Washington University.  Attendees also heard from a panel of Federal Court Justices from both the First and Second Circuit about their particular Circuits, as well as the value of legal scholarship and amicus briefs.