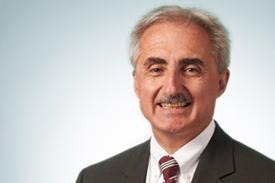 CONCORD — A lawyer representing the public Monday questioned how the Northern Pass project would affect people living and working near the route during construction.

“You didn’t analyze whether or not the impacts from (construction-related) traffic will adversely affect businesses along the route, did you?” attorney Thomas Pappas asked a witness before a state committee considering the project.

“So you agree with me that that 10-foot-wide road in order to create a 36-foot-wide work zone is going to have to remove some trees,” asked Pappas.

Scott said a project document “shows some impacts to trees. I can’t comment on whether they’re going to be removed or just trimmed.”

Scott said some road sections would be closed three to five weeks while underground cable is installed.

Farrington said project officials are working on detours or staggering the locations of work sites.

“Once we develop the transportation management plan, we will not allow crews to work simultaneously on either side of the driveways so as to prevent access to a home,” Farrington said.

Northern Pass officials said they are willing to work with towns to restore any damage to local roads.

The Site Evaluation Committee has added hearing dates, extending the last scheduled date from July 21 to Aug. 3. The proposed $1.6 billion project to bring hydropower from Canada into New England needs several state and federal approvals before it can start operating in late 2019 or early 2020.

Pappas asked how the committee could assess traffic impacts around 10 to 20 proposed “laydown areas” where equipment and material will be stored along the route. Pappas said only three sites have been selected.

“The impacts of traffic would be taken into account when choosing the laydown areas,” said John Kayser, a project manager in the transmission and distribution division at Burns & McDonnell Engineering.

Farrington said a traffic management plan, yet to be written, will discuss how to minimize the effects of construction on tourism.

“Don’t you need to do the analysis before you can make the opinion?” Pappas said.

Farrington said she had “the experience to mitigate the traffic impacts to tourists traveling through the construction area.”

“Transporting heavy equipment is very expensive, so excavators, bulldozers, dump trucks, all that will be locally sourced as much as possible to contain costs,” said Samuel Johnson, lead project manager for Northern Pass.