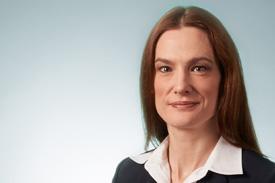 The Avrahamis Lose in Tax Court

On August 21, 2017, the U.S. Tax Court decided against an 831(b) captive and its owners in a consolidated opinion on two eagerly anticipated cases, Avrahami v. Commissioner and Feedback Insurance Company, Ltd. v. Commissioner (Docket Nos 17594-13, 18274-13). 149 T.C. No. 7. The decision is significant in that it represents the first time any court has decided a case involving a captive that has made an election under section 831(b) of the Internal Revenue Code of 1986, as amended. What is particularly significant is that the holdings did not turn on the 2015 amendments to section 831(b) which, among other things, added new diversification requirements with respect to the ownership of micro captives.  Rather, the holdings were entirely dependent upon whether the captive met the general requirements under federal law to be considered an insurance company.  The court ultimately held that the taxpayers’ arrangement did not constitute true insurance for federal income tax purposes.  Therefore, because the captive was not an insurance company, the insurance premiums paid by the insured entities were not deductible under section 162, resulting in an increase in taxable income to the Avrahamis for the 2009 and 2010 tax years. The disqualification to make the elections under section 831(b) and 953(d) (to be taxed as a U.S. taxpayer) could be described as “collateral damage” arising out of the finding that the Avrahamis’ captive was not a true insurance company.

As discussed in a previous article published in the February 2017 edition of our Captive Newsletter, Benyamin and Orna Avrahami, the owners of an 831(b) captive that insured the couple’s Arizona-based jewelry business and real estate holding companies, commenced an action in U.S. Tax Court in early 2015 in response to the issuance of notices of deficiency by the IRS totaling nearly $2.5 million in additional taxes and penalties. The notices of deficiency were premised in large part upon the IRS’ invalidation of Feedback Insurance Company, Ltd. (“Feedback”) as a true insurance company.

Feedback was incorporated in St. Kitts in 2007 and subsequently filed elections under section 953(d) to be taxed as a U.S. corporation and under section 831(b) to be taxed on its investment income, subject to the then $1.2 million (now $2.2 million) threshold for annual premium income.  Feedback was the result of collaboration between the Avrahamis’ accountant, estate planning attorney, and Celia Clark, a New York attorney who specialized in the formation and management of captives in St. Kitts.  At the time of the case, Clark had formed over 100 captives in St. Kitts and the court considered her to be a “promoter” of 831(b) captives and participation in risk pooling arrangements.

Before the Avrahamis formed Feedback, they had paid approximately $150,000 per year in premiums for insurance covering their business. After formation, their insurance expenses increased by $1.3 million, contrary to one of the common business reasons for forming a captive, namely, to decrease the cost of insurance.  Additionally, the entities insured by Feedback kept all of their commercial policies in place following the establishment of the Avrahamis’ captive insurance program.

In 2009 and 2010, Clark arranged for Feedback to participate in a terrorism risk insurance pool (“TRIP”) through Pan American Reinsurance Company, Ltd. (“Pan American”), which was also domiciled in St. Kitts and owned in part by Clark’s children, who had no involvement in the business.  The sole purpose of Pan American was to distribute risk by meeting the 30% unrelated business test established by Harper Group v. Commissioner, 96 T.C. 50, 59-69 (1991).  Pan American sold the TRIP policies to participating businesses and then reinsured all of the risk through the captives affiliated with the insured businesses pursuant to a Terrorism Risk Quota Share Reinsurance Agreement.  Each insured would pay premiums for terrorism coverage to Pan American, which would return almost an equal amount to what it had received to each of the reinsuring captives in the form of reinsurance premiums.  Pan American did not charge a ceding commission but rather a fixed fee of $5,000 for participation in the program.  Clark, with the help of an actuary by the name of Rosenbach, calculated “target premiums” of $1.2 million for Feedback and every other participating captive.  Of that amount, each of the insured entities paid $360,000 (which amounts to 30% of the total premium earned by the captive) to Pan American for terrorism coverage offered under the risk pooling arrangement.  Pan American would then cede all of its risk to the participating captives in equal shares, and the premium charged under the reinsurance agreement with each captive was $360,000.

The court began its analysis of whether Feedback was a true insurance company by discussing the case law that has established the four well-known criteria that must be met for an arrangement to be considered insurance: risk shifting; risk distribution; insurance risk; and commonly accepted notions of insurance.  The court noted that if any one of these factors has not been met, the arrangement does not constitute insurance.

The court invalidated Feedback as a true insurance arrangement based upon the lack of risk distribution and failure to adhere to commonly accepted notions of insurance. At the outset of its analysis of risk distribution, the court reviewed the number of affiliated entities insured by Feedback.  It found that the insurance of three or four affiliated entities by the captive did not achieve adequate risk distribution.  Next, the court analyzed the number of “exposure units” insured by the captive, citing another relatively recent decision, Rent-A-Center Inc. v. Commissioner, 142 T.C. 1 (2014). The court focused on the number of “statistically independent risks,” rather than the number of insureds. Unlike the captive in Rent-A-Center, which insured 14,000 employees, 7,100 vehicles, and 2,600 stores, Feedback insured only 3 jewelry stores, two key employees, around 35 employees, and three commercial real estate properties.  According to the court, this number did not constitute enough exposure units for Feedback’s risk to be sufficiently distributed.  The court then reviewed the unrelated business insured through the Pan American arrangement.  It rejected the argument by the Avrahamis that if the 30% unrelated business safe harbor established by the Harper case has been met, risk distribution has automatically been achieved.  According to the Tax Court, in order for such a risk pooling arrangement to meet the safe harbor rule, not only must the captive insure 30% unrelated business, but the pool itself must be a bona fide insurance arrangement.

The court said there are several factors to consider in determining whether an insurance arrangement is bona fide, including whether:

The Tax Court did not discuss all of the factors but based upon those selected found Pan American was not bona fide.  The arrangement appeared to be just a circular flow of funds from the Avrahami-owned businesses to Pan American and then back to Feedback.  It also found highly suspect the fact that premiums charged for all terrorism policies appeared to have been uniform across the board, regardless of the pool participant and the policy limits.

The court further found that the insurance contracts were not arms-length, citing the IRS’ expert witness’ testimony that “under this combination of conditions, no reasonable, profit-seeking business would enter into a contract with the terms of the Pan-American coverage with an insurer absent beneficial tax considerations,” the conditions being that Pan American charged unreasonably high premiums for coverage that had a very low probability of being triggered and questionable ability to pay claims. Id at 71-72. In order for a claim to be covered, the policy holder had to suffer a loss resulting from an act of terrorism that was over $100 million and that occurred within the United States, but not in a city with more than 1.5 million residents. The claim also had to not be covered in full under another policy.  The Avrahamis’ actuary admitted to the court that he did not know of any event in history that would have met these requirements.   Even if a loss did occur, the court found that Pan American would likely be unable to pay claims due to its thin capitalization.

Because the Pan American arrangement was not a bona fide insurance arrangement, the 30% rule of Harper did not apply, and Feedback’s risk was not adequately distributed.  Though the court found that “the absence of risk distribution by itself is enough to sink Feedback,” it examined at length whether Feedback “looks like” an insurance company in its commonly accepted sense. Avrahami, 149 T.C. at 65 and 76. In determining whether Feedback met this standard, the court applied a five-factor test, looking at whether the captive:

The court found Feedback’s operation as a true insurance company “left something to be desired.” 149 T.C. 78.  It made investments (totaling more than 65% of Feedback’s assets) that “only an unthinking insurance company would make” primarily in illiquid, long-term loans to affiliated parties.  Id. at 79.  What’s worse, Feedback did not in advance seek regulatory approval of the loans, which is required under St. Kitts’ insurance laws.  If something catastrophic had happened to one of the borrowing affiliated entities, it would not be able to repay the loan, which would make Feedback’s ability to pay on any claims “doubtful.”  Id. at 80.  Furthermore, Feedback’s policies contained unclear and contradictory terms, having the attributes of both claims-made and occurrence policies.  Id. at 82. Though the captive did eventually pay claims, there were no claims made from 2007 (when Feedback was formed) until March of 2013, after Feedback came under audit by the IRS. Id. at 85.

Also troubling was that Feedback dealt with claims on an “ad hoc basis,” paying them despite being filed late and in one instance potentially covered by the Avrahamis’ commercial insurance policies.  In addition, the premiums charged under the policies were aimed at achieving a certain target, and the actuary could not provide “comprehensible” explanations justifying how the premiums the court considered to be “utterly unreasonable” were calculated.  Id. at 85 and 82.

All of the foregoing, the court said, did not add up to “insurance in the commonly accepted sense.”  Even though Feedback was organized and regulated as an insurance company, paid claims, and met the minimal capitalization requirements of St. Kitts, those “insurance-like traits” could not overcome Feedback’s other failings.  Id. at 86.

This article has discussed only some of the facts and circumstances surrounding the taxpayer’s loss in the Avrahami case.  In light of the fact that the owners of a captive challenged the IRS to prove that it was not a true insurance company under federal income tax principles and lost, many captives, especially those taxed under 831(b) or participating in risk pooling arrangements, should reconsider with independent legal advisors whether their operations would pass muster as insurance companies under the tests outlined by the court.   There may be serious risks to captive owners of adverse tax consequences if these entities are not properly evaluated, overhauled, or in certain cases, terminated.  If you are in need of legal counsel for your captive program, please contact us.

Nicole Bodoh concentrates her practice in corporate, securities and tax law. Nicole’s experience handling everything from redomestications, conversions and mergers for captive insurance companies, to stock options, federal securities regulatory compliance, debt and equity financings and general corporate matters has made her a vital business advisor for clients throughout Vermont and New Hampshire.

Mythbusters? Does the “Corporate Veil” Really Work to Protect Your Personal Assets?

Avrahami and its Impact on 831(b) captives