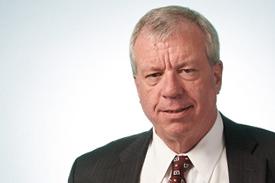 Primmer’s Gary M. Burt, successfully represented Vermont Mutual Insurance Company before the New Hampshire Supreme Court in the matter of Todd v. Vermont Mutual Insurance Co., et al. Todd had been accused of stalking another person, hacking her computer, and damaging her vehicle. After successfully defending himself at the stalking hearing, Todd sued Vermont Mutual, claiming it should have defended him under his homeowner’s and umbrella policy. The New Hampshire Supreme Court affirmed the superior court decision, concluding that an allegation of stalking, even if later proven to be untrue, did not assert accidental conduct, and thus could not be an accident/occurrence. The court further declared that the act of hacking a computer did not constitute an invasion of the right of private occupancy, thus failing to trigger the grant of coverage in the umbrella policy.

In another victory, Burt successfully defended Connecticut Valley Trucking and its employee in a personal injury matter brought in the Grafton County Superior Court. The plaintiff claimed that the defendant employee, while hauling logs out of a logging site, negligently lost control of the logging truck and pup trailer, as he descended an ice covered narrow road in Enfield, NH. Though the employee was able to control the logging truck and avoid striking the plaintiff, who had jumped into the road from his own vehicle, the plaintiff claimed the event had caused severe post-traumatic distress. Following three days of trial, the jury returned a unanimous verdict in favor of the trucking company and its employee.