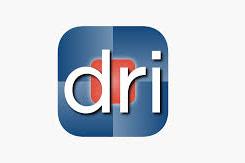 DRI, The Voice of the Defense Bar

The matter arose from an accident on July 20, 2014, when the plaintiff, a thirteen-year-old, but very experienced rider, was severely injured while dismounting from Wilma, a horse owned by Elliot and used in her riding classes. The plaintiff had been Elliot’s student for two years, participating in lessons at the farm, as well as shows. She had ridden Wilma in the past without incident, and ridden horses with which she was unfamiliar at shows without incident. She had ridden Wilma the day prior to the incident, and described the day as wonderful on her social media page.

Elliot was a well-recognized expert in riding, training, and instruction. She has been involved in equine activity since a young girl. She had provided instruction at a number of riding arenas, and more recently opened her own training facility at Hidden Pond Farm.

On the day prior to the accident, the plaintiff had engaged in a “free ride” where the rider pays to ride the horse without supervision or instruction. She has texted Elliot later that day, asking for a lesson the following day, but Elliot indicated she would not be available. The plaintiff then asked if she could take a free ride, and if so what horse she should use. Elliot responded “Wilma.”

Elliot was not present at the farm on the date of the accident. The plaintiff arrived, saddled Wilma and started her ride within the riding arena. At some point, Wilma was not responding well to command. The plaintiff continued to ride. Wilma started responding, and the plaintiff then ended the ride and started to dismount. She was unsure what actually happened next, but she fell to the ground, and was Wilma stepped on her, resulting in serious internal injury.

Based on the undisputed evidence before it, the superior court found that the statute extended immunity to Elliot despite not being present. The trial court noted that the injuries arose from an inherent risk of equine activity as defined by the statute, and that Elliot had made a reasonable assessment that the activity could be safely undertaken based on her knowledge of the plaintiff’s abilities and the equine activity she was engaging in.

On appeal, the New Hampshire Supreme Court rejected plaintiff’s contention that the legislature’s statement of intent, not included as part of the text of the statute, should be used construing the language of the statute. The court noted that plaintiff’s suggestion would have necessarily eliminated any protection an equine professional might have pursuant to the statute.

The court also rejected the plaintiff’s position that the accident did not arise from an inherent risk of equine activity or that Elliot’s failure to enforce her own rule that a minor needs to be accompanied by an adult, as the described event fell clearly within the statutory definition of risks inherent with equine activities.

Finally, the court concluded that the record was more than sufficient to establish that Elliot had made an informed, knowledgeable decision about the rider’s abilities to perform safely the activity. The court noted that Elliot had been plaintiff’s instructor for two years, and was familiar with Wilma’s disposition.

This content can also be found on the DRI website. DRI is an international membership organization of attorneys defending the interests of business and individuals in civil litigation, for more information please visit dri.org.