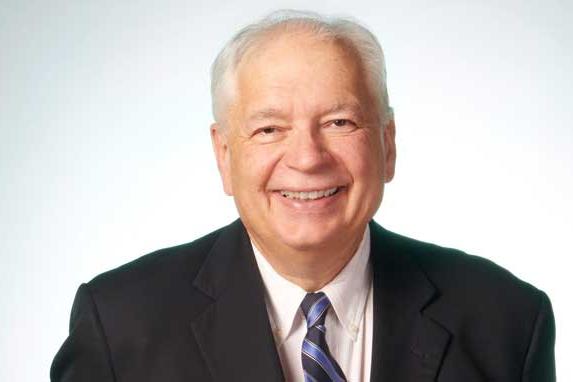 2017 Vermont Laws Affecting The Environment And Land Use

See Our Environmental & Land Use Page

View All Environmental & Land Use Posts

A summary of the major environment and land use laws enacted by the Vermont Legislature in 2017 is as follows:

Net Metering – Act 42, effective May 22, 2017, authorizes the PSB to apply the same rules to net metering systems beginning ten years after their installation as will be applied to net metering projects approved after January 1, 2017.  Act 42 also adopts for Vermont certain federal appliance and lighting efficiency standards.  Such standards will be effective in Vermont even if repealed by the federal government.

The Future of Act 250 – Act 47, effective May 23, 2017, creates a six-member legislative committee to review Act 250’s operation to insure that over the next 50 years Act 250 supports Vermont’s economic, environmental and land use planning goals.  The Speaker of the House will appoint three House members to the Commission, not all from the same party, and the Senate Committee on Committees will appoint three Senators to the Commission.  The Commission will be advised by a group comprised as follows:

The Commission will first review available information about Act 250 before conducting a public engagement phase followed by a deliberation and report preparation phase.  The bill lists a very broad set of issues to be considered including virtually every area of concern recently raised about Act 250.  The Commission will also consider recommendations, due in October, 2017, from an executive branch working group including the Chair of the Natural Resources Board and the Secretaries of the Agencies of Commerce and Community Development and Natural Resources with assistance from the Agencies of Agriculture and Transportation.

Act 47 also authorizes filled land in Burlington to be used for public markets and extends to July 1, 2018 the deadline for commercial trash haulers to offer separate collection of food waste.

Energy and Telecommunications Siting – Act 52, effective May 30, 2017 and July 1, 2017, allows municipal and regional planning commissions to hold information meetings concerning proposed public utility facilities and to require representatives of facilities seeking construction permits and the Department of Public Service (“DPS”) to attend such meeting.  The bill further requires the DPS to consider comments from the hearing by making recommendations concerning any proposal.

Act 52 also allows the local and regional planning commissions to request the DPS to retain at the expense of the Petitioner experts to review the proposed facilities.

Act 52 also requires PSB decisions to address each area of inquiry raised at the hearing before the Planning Commissions.

Act 52 also requires the DPS to investigate complaints of non-compliance and to issue draft administrative citations of non-compliance including that remedial actions be taken and that a civil penalty of up to $5,000 be paid.  After a 30-day public comment period, the DPS may revise the citation and the PSB can then open a proceeding to investigate the complaint.  If the PSB does not open an investigation, the DPS shall issue a final citation which the recipient may then appeal to the PSB.

Contaminated Properties – Act 55, effective June 2, 2017, allows the Agency of Natural Resources Secretary to initiate a proceeding requiring persons releasing perfluorooctanoic acid to extend municipal water lines to properties with water supplies that are contaminated by releases of the chemical.  Act 55 also allows the ANR Secretary to impose restrictions on the future use of contaminated properties following the execution of a corrective action plan that does not entirely clean up a property.

Miscellaneous Agricultural Subjects – Act 75, effective beginning June 12, 2017, allows the Vermont Working Lands Enterprise Board to establish criteria for providing the award of grants and loans, etc. for investments in agriculture and forestry and authorizes such grants and loans to be made to improve stormwater quality.  Act 75 also requires the Secretary of Agriculture to submit to the Legislature by November 15, 2017 a report on whether to collect information concerning the use of subsurface tile drains and how to disseminate such information.  Act 75 also defines agricultural land subject to current use tax relief as including stream buffer zones required by the Agency of Agriculture.  Act 75 also exempts from sales tax equipment used for forestry and dyed diesel fuels to power such equipment.

Rural Economic Development – Act 77, effective beginning June 12, 2017, establishes a Rural Economic Development Initiative (“REDI”) to provide funding and technical assistance to small firms and businesses to promote economic development in rural areas appropriates $75,000.  Beginning on January 15, 2018, and each year thereafter, REDI must report to the Legislature on its activities and programs.

Act 72 also requires the Secretary of Agriculture to convene by October 1, 2017 the “Vermont Milk Commission” to review and evaluate proposals to help the dairy industry.  Act 77 requires the Public Service Commission to report by January 15, 2018 on the efficacy of allowing industrial electric customers to self-administer electric efficiency programs.  Act 77 also limits to $1,000 or less the air pollution registration fee due from anaerobic digesters.  Act 77 also establishes a priority system for funding grants for phosphorus removal.  Act 77 also requires the Commissioner of Financial Regulation to submit to the Legislature by November 15, 2017 a report concerning ways to reduce worker compensation insurance rates for the forestry industry.