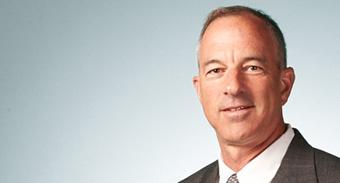 Predicting the future has long captured our imagination. Sweeping decisions have turned on prophecies since long before biblical times. Nostradamus was a celebrity in his day serving as a counselor to Queen Catherine of France. Orwell’s 1984 (fake news at its best), Planet of the Apes, Blade Runner, Hunger Games and Star Wars all have enjoyed immense popularity. A lesser known but possibly more on point film strik-ing particularly close to home is Idiocracy, a (maybe not so) futuristic story of an America shaped by rampant commercialism devoid of intellectual curiosity.

While speculating over the future is great fodder for Hollywood, psychics and Wall Street, the future of the practice of law is al­ready here. We see it in the use of artificial intelligence, online legal services, alterna­tive fee arrangements, and limited licenses, and the proliferation of electronic discovery and alternative dispute resolution. Perhaps there is no greater change occurring, how­ever, than in the demographics of the Bar, both at home and nationally.

While most are probably aware of the graying of the bar anecdotally (aren’t we all still members of the YLD?), the cold hard statistics are sobering:

Considering that the age of 45 is gener­ally considered the mid-point of a lawyer’s career, the numbers are truly startling and demonstrate tremendous risk to the VBA, the Vermont Bar in general, our Courts, and access to justice particularly in rural areas. Over the next decade we could see a sharp decline in membership placing an extreme financial strain on the VBA which is depen-dent on dues and participation in CLE offer­ings. What happens when large numbers of lawyers retire or cut back without adequate replenishment? Already we are hearing sto­ries of the vanishing Main Street Lawyer putting communities throughout the State at risk of losing access to legal services. We face significant headwinds from a burgeon-ing strain on Court resources, an opioid cri­sis, tremendous financial pressure on public sector legal services, and huge numbers of self-represented litigants. Maybe not coin­cidentally, public understanding and confi-dence in our democratic institutions contin­ues to decline threatening the rule of law. Although these issues are not unique to Vermont, they have an outsized impact on rural states.

So, what to do? First and foremost, rec­ognize the predicament. The changing de­mographics of the Bar is at the forefront of discussions among Bar leadership. Con­crete measures are also taking shape at both the national and state level. Many are familiar with the public service loan forgive­ness program, a federal program estab­lished in 2007. The program promises basic financial security to allow talented profes-sionals to enter essential but often low pay­ing careers such as teaching, nursing and legal services. The general idea is that in­dividuals may earn loan forgiveness after at least 10 years of public service. This pro­gram is considered to be an important tool for legal aid and public defender programs with limited budgets to recruit and retain talented professionals.

In practice, the program is more compli­cated. As the first cohorts of the loan for-giveness program began to “graduate” in 2017, only 1% of the applicants who ap­plied for debt forgiveness were approved by the U.S. Department of Education which administers the program. The program has turned out to be confusing and convolut­ed even for lawyers. A recent high-profile lawsuit resulted in a finding by the U.S. Dis-trict Court for the District of Columbia that the DOE acted arbitrarily and capriciously when it revoked the eligibility of four law­yers in the program. Nevertheless, some commentators are optimistic suggesting that the program is still being ironed out and simply going through growing pains. Anecdotally, it has worked as intended to attract talented young lawyers to Vermont Legal Aid. Additionally, some of the elite law schools provide their own loan forgive­ness programs and certain grants are avail­able through the Bureau of Justice Assis­tance for prosecutors and public defenders.

At the State level, the creative juices have been flowing. South Dakota has made im-pressive strides with its rural attorney re­cruitment program to place Main Street Lawyers in qualifying communities by of­fering an incentive payment of $15,000 per year for 5 years. This program, supported by a collaboration of the South Dakota Su­preme Court, lawyer legislators, and the State Bar, now boasts 19 lawyers working in under-served communities with several additional positions in the process of being filled. Maine has also started a rural lawyer project, a 3-year program that awards paid summer fellowships to students who work in law offices in Maine’s most rural counties.

Here in Vermont we are fortunate to have a talented and dedicated bar. We are now in the 5th year of our lawyer incubator project with 3 lawyers participating in this year’s program. The project helps new law-yers transition into solo practice and pro­vide legal services to under-served areas of Vermont. The project runs in 18 month cy­cles and provides a group of experienced lawyers to mentor the participants on all as­pects of the new lawyer’s practice. A small grant is provided to each new attorney to assist with the set-up of their law office. We also have a fellowship program offered to an individual lawyer every 2 years adminis­tered through our Bar Foundation in coop­eration with legal aid. These steps are both significant and incremental.

Yet, as the future of the legal profession takes hold today, we need to double down on our efforts to address our changing de­mographics. Fortunately, with age comes wisdom gained from years of accumulat­ed experience. So let’s put it to good use through active engagement in the VBA to ensure a sustained and vibrant legal com­munity in Vermont.