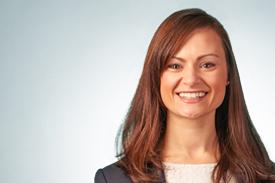 Family Law: Not Over ’Til It’s Over: Pre- and Post-Petition Conduct Is Fair Game in Divorce Cases

The New Hampshire Supreme Court recently decided two cases that broadened the scope of conduct the trial court considers in divorce matters, before marriage and after filing a petition.

In the first case, In the Matter of Munson and Beal, decided Aug. 19, 2016, the Court held that the trial court “may consider premarital cohabitation when formulating an equitable distribution of marital property.” The parties in this case had lived together for about 15 years before entering into a civil union. The civil union converted to a marriage when a change in New Hampshire law provided for such a result. The trial court used the date of the civil union to calculate the length of the marriage, finding a short-term marriage existed in the four years between the civil union and the divorce. Based on that finding, the Court awarded Munson 88 percent of the marital estate, with the remaining 12 percent and $500 per month in alimony going to Beal, for a period of five years.

All marital property is to be apportioned equitably. In re Hampers (NH, 2006), the Court ruled that “The (trial) court shall presume that an equal division is an equitable distribution of property,” unless the court finds that an equal division would not be equitable given the special circumstances as enumerated in RSA 458:16-a, II. These special circumstances include the length of the marriage, the contribution of each party during the marriage, the value of property contributed by each party, and any other factor the court deems relevant, among others.

The court is not required to consider all of the enumerated factors or give them equal weight, according to In re Hampers. A short-term marriage may be considered differently by the Court than a long-term marriage, the Court ruled in Rahn v. Rahn (NH, 1983). “In a short-term marriage, it is easier to give back property brought to the marriage and still leave the parties in no worse position than they were in prior to it,” the Court ruled in that case. “Where the parties have invested money and effort for years in an asset like a family business or house, however, the result is different.”

In Munson and Beal, the Court held that RSA 458:16-a, II(a), which lists “duration of marriage” as one of the special circumstances, was limited to the time period in which the parties were actually married, and did not include premarital cohabitation. However, the Court also noted that RSA 458:16-a, II(o) allows the trial court to consider “[a]ny other factor that [it] deems relevant.” Thus, premarital cohabitation could, if found relevant by the trial court, be considered in a distribution of marital assets.

The Court explained that the trial court could exercise its discretion to consider whether it would be equitable to consider the period of cohabitation in its decision on equitable distribution of marital assets. The Court held that a trial court should look to evidence of comingling of finances, joint acquisition of property, and dependency upon assets shared during cohabitation in anticipation of marriage. The decision focused on the parties’ economic codependency, including their joint bank accounts, joint acquisition of personal property and debt, which would have made returning the parties to their original pre-marital position unrealistic.

Family law attorneys in New Hampshire might now need to understand the parties’ premarital relationship in greater detail to determine how to present evidence showing that periods of cohabitation should or should not be considered by the trial court in determining an equitable division of marital property.

In the Matter of Ross and Ross

In the second case, In the Matter of Ross and Ross, decided Aug. 23, 2016, the Court held that a party’s actions after the divorce petition had been filed could be used as a basis for recrimination.

Petitioner filed for divorce on both fault and irreconcilable differences grounds, under RSA 458:7, II; 458:7-a. Unlike a divorce based on irreconcilable differences, which may be decreed “irrespective of the fault of either party,” a fault-based divorce may only be decreed “in favor of the innocent party.” As the Court ruled in In re Dube (2012), “[A] spouse cannot be the innocent party if he is guilty of an offense against the other spouse, which would be grounds for divorce” (quotations omitted).

Because RSA 458:7 only permits fault-based divorces to be “decreed” in favor of the innocent party, the Court held in Ross and Ross that the party seeking the fault-based divorce must remain innocent until the court’s decree is final. The Court found that because the respondent was still married when he entered into a sexual relationship with a third party, he was not an innocent spouse and was not entitled to a fault-based divorce.

The Court referenced the doctrine of clean hands in support of its holding that recrimination does not turn on the cause of the breakdown, but rather a potential cause. Because fault-based divorces are a matter of equity, the person requesting an equitable resolution must have “a clear conscience and clean hands,” according to the Court’s ruling.

In effect, clients should now be counseled that if they wish to pursue fault grounds for divorce, they must remain celibate throughout the entire divorce process and not engage in any conduct that would support any other fault ground for divorce until the decree is final. To do otherwise would nullify their status as an innocent spouse.

Although the Court did not address the practicality of such an endeavor, especially in highly contested and lengthy litigation, it noted that the NH Legislature could address the issue as a matter of public policy. Until that time, each divorce client should carefully consider what their relationship decisions mean for their lives.