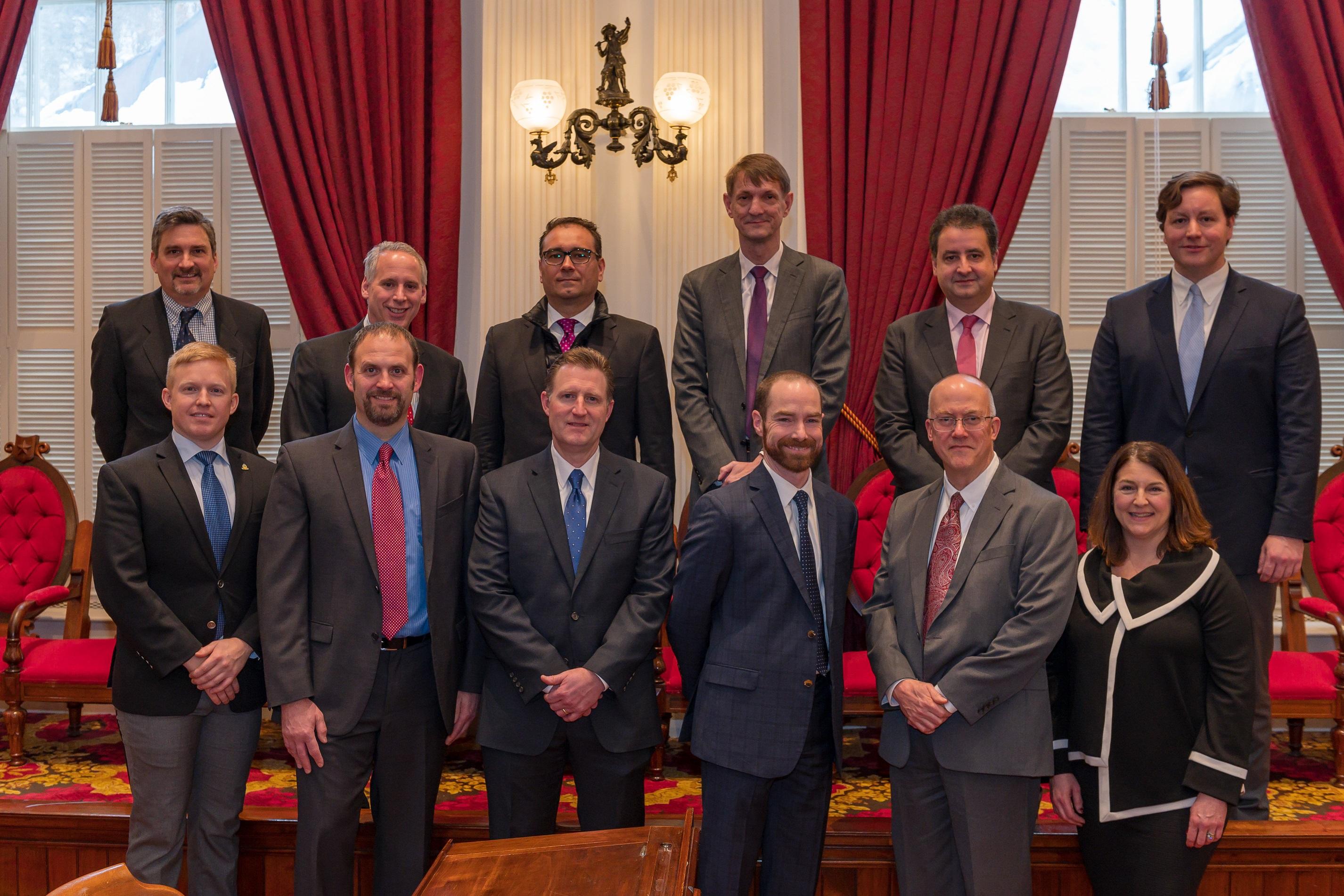 In March 2019, Vermont State Officials announced the formation of Vermont’s First Affiliated Reinsurance Company (ARC) by MAPFRE RE, a large global reinsurance company based in Madrid, Spain. Attorneys Ralphine O’Rourke and Jesse Crary are the advising counsel to MAPFRE RE.

On July 1, 2018, Vermont officially passed legislation establishing this new type of captive which allows the formation of reinsurance affiliates onshore, and in so doing, avoids the Base Erosion and Anti-Abuse Tax (BEAT) that would otherwise apply to offshore reinsurance placements.  By building on its experience with traditional captives and special purpose financial insurance companies, Vermont’s new option provides the flexibility found in captive regulation with the recognition that comes to companies complying with traditional insurance company accreditation standards.

Edward Perez De Lema, CEO of MAPFRE RE was amazed at the collaboration that took place to make this all happen. “We are extremely grateful to Vermont’s captive insurance community, regulators, and legislators for working together in a bipartisan fashion to address a pressing insurance industry need and pass the Affiliated Reinsurance Company Legislation.” He said, “Today is a great day for MAPFRE RE, and I hope it is a great day for Vermont as well.”

Ralphine O’Rourke Esq., a shareholder of PPE&C and former colleague of Michael S. Sher, Vice President and Deputy General Counsel of MAPFRE RE U.S.A. Corp. commented: “We’re delighted to be able to connect global reinsurer MAPFRE RE with a Vermont solution and be instrumental in creating the first Affiliated Reinsurance Company.”

Since filing the first captive in 1982, PPE&C has maintained its place as the leading law firm representing captives in Vermont and other domiciles. In the large the part the firm’s success is due to the collaboration between the team of attorneys and the Government Relations group. Today, the Government Relations group continues to play a pivotal role in the Vermont Captive Insurance Association and helped to develop the new ARC law.

Jesse Crary Esq., a shareholder, and director at PPE&C commented on the significance of the day: "Establishment of the ARC law is yet another example of what makes Vermont a national and worldwide leader in the captive insurance industry.  Thanks to the dedication and expertise of Vermont’s regulators and industry experts, we were able to offer MAPFRE RE a straight-forward and efficient solution to a complex problem facing many US insurers reinsuring abroad.