Christina A. Jensen
Of Counsel 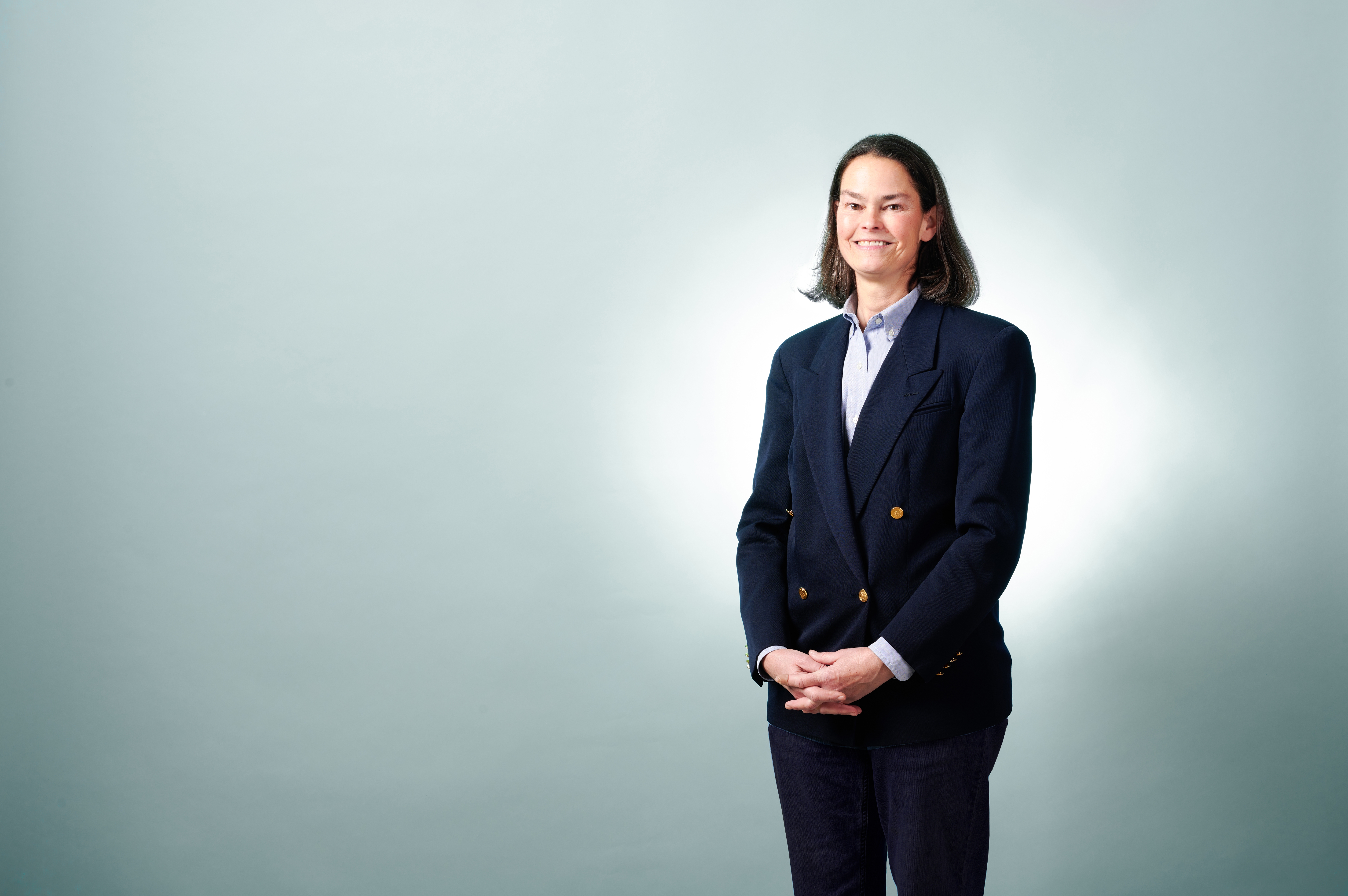 Earlier in April, our own Doreen Connor attended…

View All Practice Area Posts >>
Subscribe To Our Email Newsletter

Our Appellate Group works with trial attorneys to uphold favorable rulings or to seek reversal of rulings where legal error has occurred.

In addition to working with our trial attorneys, we regularly accept referrals from outside attorneys who may not have the experience or time necessary to successfully appeal or defend a decision on their clients’ behalf. When outside counsel retains us, we put our respective practice knowledge and appellate experience to work for your client. When the appeal is over, we return the client to you. Primmer’s experienced appellate lawyers routinely represent clients before the New Hampshire Supreme Court, the Vermont Supreme Court, and the United States Court of Appeals for the First and Second Circuit. We can also assist with other appellate efforts, including appeals to the United States Supreme Court and other federal circuit courts of appeal, should the need arise.

Our appellate team includes Doreen Connor, who is a Fellow of the American Academy of Appellate Lawyers and has handled in excess of 195 appeals. She has been recognized for her appellate practice in Best Lawyers since 2011. Gary M. Burt has handled in excess of 30 appeals and tried more than 200 jury trials. Gary has been recognized by Best Lawyers in America for his trial work since 2011. Matthew Delude has represented clients before the United States Supreme Court, nearly every federal circuit court of appeals and the New Hampshire Supreme Court. Christine List, a former Appellate Public Defender, has handled 20 plus appeals before the New Hampshire Supreme Court in the areas of family and criminal law. Gary Franklin, operating out of our Burlington, VT office, has appeared before State and Federal courts in multiple jurisdictions at both the trial and appellate level as well as before arbitration panels.

When must a party start an appeal in New Hampshire?

Within 30 days of the Clerk’s Notice on the Final Order. Remember that your first timely filed Motion to Reconsider will toll the 30 day appeal period, but an untimely Motion or a second Motion will not. Cross appeals must be filed within 10 days of the first appeal.

How does a party start an appeal in New Hampshire?

When must a party start an appeal in Vermont?

How does a party start an appeal in Vermont?

In Vermont, filing a discretionary appeal involves a persuasive ten page Memo that explains why the appeal should be accepted. An appeal as of right is taken by filing the Notice of Appeal within 30 days and the payment of entry fee.

State v. Cora, 170 N.H. 186 (2017), Attorney List successfully asserted that the New Hampshire Constitution provided broader protection to defendants subjected to warrantless searches than did the Federal Constitution which has adopted a federal automobile exception to the warrant requirement.

Langevin v. Travco Ins. Co., 170 N.H. 660 (2018).  Primmer represented Travco before the Trial Court which granted summary judgment in its favor after finding the plaintiff’s request for medical payment coverage was an uncovered duplicate cost since the medical services had been covered by the plaintiff’s health insurance.  On appeal, the Supreme Court reversed and ruled as a matter of law that insureds may submit expenses paid by a health carrier to their medical payment carrier if the health carrier was exercising lien rights.

John O’Donnell v. Allstate Indem. Co., ____N.H.___ (May 22, 2020).  The Supreme Court affirmed summary judgment in Allstate’s favor.  The insured claimed Allstate was required to provide $1 Million in Underinsured Motorist Coverage because it did not obtain a written waiver when the insured reduced his Umbrella Liability limits from $2Million to $1Million.  The Supreme Court concluded the written Uninsured Motorist waiver, which the insured signed when he first purchased his Allstate umbrella remained in force and precluded coverage.

In re: Guardianship of L.N.

In re: Guardianship of L.N., ___ N.H.___ (February 19, 2020), Primmer as amicus curiae for Concord Hospital, successfully challenged a Probate Court Order that denied the guardian’s rights, under RSA 464-A:9 to make end of life decisions without prior Court approval.

In re: Gelinas, 2019 WL 2374630 (June 5, 2019), Primmer successfully defended the Family Court’s equal division of husband’s business properties as well as a lifetime alimony award based upon wife’s physical disabilities.

In re: Garczynski Revocable Trust

In re: Garczynski Revocable Trust, 2018 WL 3581069 (July 26, 2018), Primmer successfully challenged a Probate Court decision that denied the petitioner his right to purchase the family home.   The Court found the petitioner had forfeited his rights by not completing the real estate closing within 60 days of the Court’s Order, yet the Guardian had prematurely refused to schedule the closing after calculating the 60 day time table from the date of the Court order as opposed to the date of the Clerk’s notice.

In re: Anderson, 2019 WL 632319 (November 26, 2019), Primmer successfully defended a compliant child support Order against a challenge based on an equal shared custody schedule.

Fuller v. Concord General Mut. Ins. Co. 2017 WL 3468640 (July 27, 2017), Primmer successfully defended a Trial Court Order granting Summary Judgment to Concord General, enforcing the owned but uninsured exclusion in its Business auto policy.  The policy stated that uninsured motorist coverage did not apply to injuries sustained by the insured while operating a vehicle owned by the named insured that is not an insured motor vehicle for uninsured motorist coverage under this coverage form.  The insured argued the policy was ambiguous because the motorcycle he was operating was an insured motor vehicle, albeit under another policy.

City of Rochester v. Payeur, 160 N.H. 502 (2016).  Primmer appealed the doctrine of nullum tempus that permits a government entity to avoid any statute of limitations on bringing legal actions against other entities.

Brillman v. New England Guaranty Ins. Co., 2020 VT. 16 (February 21, 2020), Primmer as amicus curiae for the Insurers successfully challenged a lower court decision that invalidated the one year statute of limitations for property insurance suits because it concluded the phrase “date of loss” was ambiguous.  The Supreme Court reversed and found the phrase refers to the date of loss for which coverage is sought.

Benoit v. Cerasoro, 169 N.H. 502 (2016).   Primmer successfully defended a quite title and adverse possession case.  The owner of former common land sued to eliminate a declaration of easements and covenants from the common land and obtained an order transferring the land back.

John O’Donnell v. Allstate Indem. Co., ____N.H.___ (May 22, 2020).  The Supreme Court affirmed summary judgment in Allstate’s favor.  The insured claimed Allstate was required to provide $1 Million in Underinsured Motorist Coverage because it did not obtain a written waiver when the insured reduced his Umbrella Liability limits from $2Million to $1Million.  The Supreme Court concluded the written Uninsured Motorist waiver, which the insured signed when he first purchased his Allstate umbrella remained in force and precluded coverage.

In Re. Petition of New Hampshire Division for Children Youth & Families

In Re. Petition of New Hampshire Division for Children Youth & Families, 2020 WL 5806535 (September 30, 2020) - On November 12, 2020, the New Hampshire Supreme Court denied the State’s Motion for Reconsideration rendering the Court’s September 30th decision final.  In the underlying case, Primmer successfully defended the trial court’s decision that the discovery rule in RSA 508:4 applies to actions brought under RSA 541-B.  As a result, C.C., who was a minor in the State’s care, when she was sexually assaulted, was allowed to proceed with her negligence action against the State.  The Court rejected the State’s claim that the sovereign immunity waiver in 541-B:14 required C.C. to file suit within three years of her injuries, irrespective of her knowledge of the State’s potential responsibility for her damages under the discovery rule.

The Supreme Court found the tolling provisions in Chapter 508 applied to C.C.’s action against the State because the statute of limitations in 508:4 (three years) is the same as the statute in the sovereign immunity waiver, RSA 541-B.  The Court also found that it would be manifestly unfair to foreclose an injured person’s cause of action before they have a reasonable chance to discover its existence.  They also noted that when reviewing the constitutionality of the waiver in RSA 541-B, the Court had advised the Legislature that it must include a discovery rule.

Teatotaller, LLC v. Facebook, In. 2020 WL 4248507  (July 24, 2020) - On July 24, 2020, the Supreme Court concluded the Communications Decency Act (CDA) would bar the plaintiff’s claims against Facebook if Facebook had deleted the plaintiff’s account information as an interactive computer service and the plaintiff sought to treat it as the publisher or speaker of information provided by another information content provider.  The Supreme Court agreed that the first and third prong of the CDA had been met, but there was an insufficient record on which to determine whether Teatotaller sought to hold Facebook liable as a publisher or speaker.